Our Most Important Problem 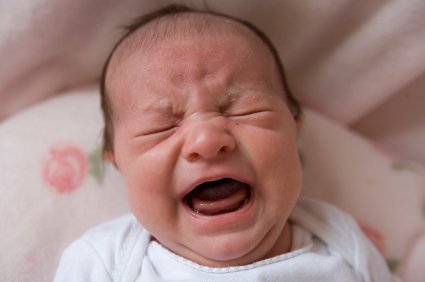 The U.S. has many personal, social, and political problems such as emotional and behavioral disorders, alienation, distorted values, lack of empathy and compassion, focusing on self-interest while ignoring common interest, antisocial behavior, and violence. However, we do not pay much attention to the origin of these problems.

There is substantial evidence that the origin is connected to infant experience. Our widespread lack of satisfying infants’ biological and psychological needs results in unrecognized traumas of commission and omission. American culture has changed, but the vital needs of infants have not changed.

A significant effect of early trauma is that the primary relationship between the infant and mother is disrupted. When this happens, the relationship between the infant and humanity is disrupted. Consequently, we grow up perceiving ourselves as separate rather than connected to others. Directly and indirectly, we pay a price. What’s done to children, they will do to society.

Early traumas get passed on to succeeding generations. The compulsion to repeat the trauma on children happens without adult awareness. The reason is that surviving early trauma results in unconscious emotional repression and denial of the problem. This helps to defend against deep emotional pain. In addition, conformity and mistaken cultural beliefs about infants play a powerful role in perpetuating unrecognized early traumas.

Because it sows the seeds of pervasive long-term adverse psychological and behavioral effects, this cycle of early traumas is our most important problem.

What We Can Do

A day of prevention is worth many years of treatment. Our solution involves a public education movement to raise awareness of our most important problem and urge changes to better satisfy early biological and psychological needs. This movement includes disseminating information through news items, articles, social media, websites, broadcast media, videos, interviews, presentations, and events. Interested people of all ages could help spread the message.

A significant target group would be young people who are future parents. For example, they can be reached by contributing to their education programs with course materials and updated textbooks. Professionals associated with existing problems are also targeted. For example, hospitals must use only evidence-based birth practices with attention to the biological and psychological effects on newborn infants. Also, we propose new research that can add to existing evidence and affect professional and public attitudes.

An additional effort would be advertising in all forms of media to expand and ensure visibility of our messages. Our intention is to have multiple educational programs and closely monitor them to learn which ones are most effective. A legislative campaign to build support for extended paid parental leave, for example, would be an important addition to meeting the needs of children.

When children benefit, all of society benefits through greater cooperation, empathy, compassion, and connection. After one generation of change, succeeding generations will change because the new parents will be more aware and capable of satisfying infants’ needs. For the individual and common good, people must be made aware and educated about our most important problem and its solution.

If you can help, please send a message at the Contact page.