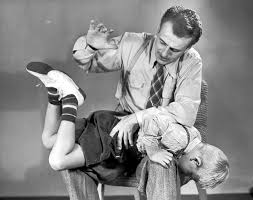 As a psychological researcher and children’s advocate, I speak for those who are powerless and sometimes harmed, those whose rights and feelings are sometimes unrecognized. Also, I raise the issue of corporal punishment (CP) because, as stated in the resolution, the evidence is overwhelming that it is harmful, and yet it needs more attention because it is misunderstood, common, and accepted. We have learned throughout history that what is common is not necessarily in conformance with the highest principles of behavior.

Lack of Empathy and Ethics

Whether you were hit as a child and whether you have hit a child, what we know now is different than what we knew years ago. We did the best we could at the time. With new information and awareness, we can change our opinions and behaviors. Let’s remember that there was a time when spousal abuse was accepted. Our cultural attitude about that has changed, as it has changed about many other things.

The fact that the United Nations Convention on the Rights of the Child and 44 countries [60 in 2020] have adopted positions opposing CP [in all settings including the home] is clear evidence that it is an appropriate subject for public debate, and such positions are useful in raising public awareness about it. Also, there is wide support for the goals of the resolution from the American Academy of Pediatrics, American Psychological Association, the Surgeon General, and children’s advocates. Please take their support seriously.

Personal and Social Effects on Adults

We often hear about the need to do the right thing, to speak out against injustice, and to protect the vulnerable from pain and harm. This is our chance to act. How we treat children may be the most important issue we face. We have known for over 100 years that early childhood experience is associated with adult feelings, attitudes, and behaviors. How we treat children affects what kind of adults and parents they become and what kind of world they create. Psychiatrist Karl Menninger said, “What’s done to children, they will do to society.” It’s no accident that we are one of the most violent developed countries in the world.

In a cross-cultural study of preschool aggression. French children acted aggressively 1% of the time while American children did so 29% of the time due to our cultural practices. Let’s change them.

I urge you to help break the chain of pain. Let’s make a public statement in support of children, the family, and society.