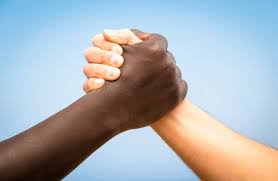 Progress toward alleviating racism is painfully slow. Perhaps another approach is needed. Let’s start with two questions. What makes some people racist? Can we prevent racist behavior? These questions are vital if we want to make progress.

We know how difficult it is to change existing racist attitudes. It is possible and preferable to prevent such attitudes from forming in the first place. Children are not inherently racist. However, sometime between birth and adolescence, children may learn and exhibit racist attitudes and behaviors. We adults are responsible. Adults control the environment that results in racist children.

Racism may be associated with a much deeper and broader problem: unrecognized adult attitudes and behaviors toward children in general and infants in particular. Specifically, many assume that what is done to infants is not important and has no long-term effects. It is commonly believed infants are not sufficiently developed to retain the effects of their early experiences.

The typical attitude toward infants was perhaps illustrated by an incident a father related to me concerning his two-and-a-half-year-old son. He asked his son to put the milk in the refrigerator. After his son did this, the father for the first time thought, “He’s a real person. My son is a real person!”

Evidently, it was both his son’s understanding of language and his ability to perform a customary physical task that led the father to this realization. But what about the first two and a half years of his son’s life? Apparently, the father had not previously considered his son to be a “real person.” Some people might say he was “just an infant.” Then parents feel free to do what they want with the infant based on their beliefs and attitudes.

Are we prejudiced when it comes to infants? Perceived differences are used to justify prejudice. We assume that when things look different, they are different. In comparing a newborn infant to an adult, we find many apparent differences: age, size, skin color, vocal and body language, intelligence, responsiveness, eating habits, body proportions, physical coordination and strength, interests, and personality, to name a few. Consequently, we tend to view infants as being very different from ourselves, and our attitudes and behaviors can demonstrate our prejudice.

In addition, we falsely attribute our own feelings or traits to infants, an act called projection. For example, the belief that infants don’t remember is a projection of our failure to remember our own infancy. Infants remember even birth, but their memories are generally unconscious in adults. If we think infants don’t feel, it is a projection of our own lack of feeling. When we are not open to infant signals, we assume that infants do not communicate. Therefore, before assuming the abilities of infants, we might reflect on ourselves.

When we deny an infant’s humanity, we deny a part of our own humanity. Our prejudiced view of infants says more about us than it does about them. Thus, we are part of a self-perpetuating cycle. We experience prejudice as infants when we are subjected to it by adults. When we become adults, we often view infants with prejudice and behave accordingly.

Can dehumanizing infants, being insensitive to their needs and abilities, and subjecting them to prejudice contribute to such attitudes directed toward minority groups in adults? As renowned psychiatrist Karl Menninger said, “What’s done to children, they will do to society.” Let’s take a closer look.

In an attempt to compensate for their low self-esteem, some people may become attached to a group that helps to fulfill that requirement. This may be a sports team, social club, or other association. As psychologist Gordon Allport states, “The easiest idea to sell anyone is that he is better than someone else.”

Empathy is the universal human ability to experience the same emotions that someone else is experiencing. Newborn infants cry when they hear other newborn infants crying. This is an empathetic response to the distress of another. With empathy we acknowledge, “I feel like you. I am like you.”

When we feel empathy, we feel connected to others and treat them well. Without empathy we are separate and are more likely to mistreat and control others. Clearly, racism and empathy are incompatible and inversely related.

A child’s natural empathy is either nurtured or inhibited by environmental influences. A disrupted relationship with parents often results in a later reduced ability of the child to empathize and more aggressive behavior toward peers.

Racism generally involves focusing on the superficial characteristic of skin color. When a racist person sees a black person, he notices skin color and little else. That focus is associated with supporting self-esteem with the belief that the racist is better than the black person. This judgment ignores that skin color is a single, exterior factor. I’m reminded of the metaphor, “Don’t judge a book by its cover.”

A racist and a black person have common qualities including both are human beings who have five senses, basic needs including love and human contact, movement and physical abilities, verbal and non-verbal communication. Also, human beings have a wide spectrum of emotions, awareness, sensitivity, and responsiveness to their environment, preferences and wants, facial expressions, memory, mental and learning abilities, and autonomy. Clearly, there is much opportunity for human connection.

Return to Our True Nature and Ethical Behavior

Love is not just romantic love for an individual. It is our true nature for us to love ourselves and others unconditionally. It is our history of emotional pain, unmet early needs, deficient relationships with parents, and misleading information, including cultural beliefs, that limit our ability to love.

When you hurt someone’s feelings, you hurt yourself. When you give love, you receive love. The Golden Rule, “do unto others as you would have them do unto you,” is widely accepted as a primary principle of behavior toward diverse people. It warrants more frequent application.

Let’s heal ourselves, question our beliefs, and elevate our behavior, especially with children. Then we can revive and expand our love to create a more compassionate, unified, loving society without racism.