Cultural Factors Perpetuate Our Problems I 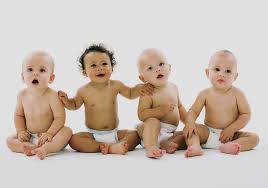 American child care practices are based on supposedly “rational” factors because Americans, men more than women, tend to value the intellect over the emotions. This preference is consistent with our general difficulty in being aware of and expressing feelings. When we don’t feel, our thinking is affected. Suppressed feelings limit our experience and lead to false beliefs. A person who completed medical training and wrote a book about his experience noted that medical professionals, “mistake having no feelings for being smart.” If we could feel more, our empathy for infants would motivate changing our cultural practices.

Some parents believe that denying satisfaction of children’s needs teaches them independence, makes children “less needy,” or avoids “spoiling” our children. There no evidence to support these beliefs. As previously stated, when we do not feel, our thinking is affected. To be clear, needs are distinguished from wants. Needs are universal, and when needs are consistently not satisfied the result can be developmental problems.

Another belief is implied from some adult attitudes and behavior: children are the property of their parents. This belief may contribute to maltreatment and deny children respect, ignore their humanity and autonomy, and diminish bonding and satisfaction of their needs.

Many assume that what is done to infants is not important and has no long-term effects because they are not sufficiently developed to retain the effects of their early experiences. The typical attitude toward infants was perhaps illustrated by an incident a father related to me concerning his two-and-a-half-year-old son. He asked his son to put the milk in the refrigerator. After his son did this, the father for the first time thought, “He’s a real person. My son is a real person!” Evidently, it was both his son’s understanding of language and his ability to perform a customary physical task that led the father to this realization, but what about the first two and a half years of his son’s life?

Despite the perceived differences between infants and adults, infants are real people. Even though infants are relatively helpless, without verbal language, and totally dependent on adults for their well-being, they are much like us, and they feel deeply. Research on infant development confirms that newborn infants are very aware, sensitive, perceptive, and responsive to their environment. All senses are working. Infants seek sensory stimulation. Purposeful movement has observed within minutes of birth. Facial expressions are similar to those of adults. Smiling has been observed at birth. Cries are meaningful and can express specific feelings and needs.

Newborn infants have specific preferences, and they can even evaluate their experience. For example, one researcher was contacted by a couple whose infant took hours to nurse. He then learned from the couple that the only time they held the baby was during feeding. His conclusion was that the baby learned this connection and used it to held. When the parents were made aware of this, they changed their behavior toward the infant, and the infant no longer extended feeding time in order to held. This infant’s behavior was rational and successful at helping to satisfy needs.