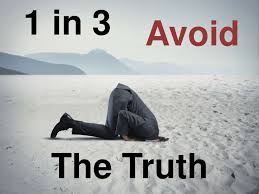 My letter to the editor below was sent to Columbia Magazine, the alumni magazine of my alma mater Columbia University, after it was announced in 2013 that a new brain-science institute was being created at the University. My letter mentioned unrecognized early trauma related to common American cultural practices involving infants. Such early trauma has adverse effects on the brain and adult behavior that are preventable. It was not published in the magazine.

I called the Editor-in-Chief. He would not commit to publishing it. I asked two people by email in the editorial office if my letter would be published. Neither one responded. I called the editorial office and asked about the status of my letter. A staff person told me it would not be published because it “has political implications” and they would “have to jump through hoops.”

An email with similar text was sent to the three co-directors of the institute later in 2013. The co-directors were described as open to “anybody with fresh ideas to bring to the table.” I did not receive a response.

In 2014 I sent a certified letter to the University President, Lee Bollinger. He has written many articles and books on the subject of free speech and open debate. I told him about my experience with Columbia Magazine. I received no response. I posted a note on the Columbia Facebook page. It was deleted.

I sent another similar letter to Columbia Magazine in 2015 in response to another article in the magazine about the institute. I received no response, and it was not published.

Recently, I did numerous searches on the institute website, zuckermaninstitute.columbia.edu, for words connected with common unrecognized infant traumas that I speak and write about. There were no results for any of my searches.

Text of My Initial Letter to Columbia Magazine

The planned brain-science institute (news article, Winter 2012-13) seeks to expand our knowledge of the brain and human behavior. Apparently, much of the brain research will be biological, and many recommended treatments will be with drugs.

I’m concerned that funding for much of this research may come from pharmaceutical companies that have large financial incentives to expand their markets and sell more drugs. Researchers with such conflicts of interest tend to find what they choose to look for. Such studies often compare one drug with another, rather than with a more natural approach. We already have a culture that is over-dependent on drugs.

Regarding other perspectives, numerous studies confirm that laboratory animals that are separated from the mother after birth and deprived of the early stimulation of touch and movement have exhibited abnormal social and emotional behavior. Subsequent experiments demonstrate that these behavioral disturbances are accompanied by changes in brain development. Nature and nurture cannot be separated. Experience alters biology.

The behavioral and physiological responses of human infants to separation from their mothers are similar to the responses of monkey infants. Also as observed in animals, other early events disrupting the mother-infant bond can have long-term consequences on child development and result in adult emotional and behavioral problems. There may be biological and neurological consequences as well.

Common American cultural practices that have been shown to result in long-term biological and/or emotional and behavioral changes include unnecessary birth interventions that lead to complications and trauma; circumcision, a physical and psychological trauma; extensive non-maternal childcare that disrupts the mother-child bond; and corporal punishment, a form of maltreatment. The widespread denial of harm from these and other practices displays our insensitivity to the child’s feelings, needs, and experiences and our tendency to pass on the repressed pain we experienced as children.

I urge the institute to include researchers who study preventing neurological problems by supporting the mother-infant bond, meeting the child’s needs, and avoiding maltreatment and trauma.

Unfortunately, avoiding open debate on early traumas affecting infants is common. The results are continued lack of awareness and repeating the cycle of traumas with future generations.

The mission of the Early Trauma Prevention Center is to educate the public and professionals about the origins and prevention of emotional and behavioral problems.